Hopefully you’ve already had a read about the work we’ve been doing with Rice & Carry to take their waste off-cut material and turn it into useful, funky products. The first was our fantastic little wax comb for the surf community, which has been pretty well received it seems.

Our second project was a key ring, but what was more interesting was that we decided to make an insert mould this time round to allow for easy modification to the design, or a completely new design altogether. The reason was partly that we’ve alreday had requests for custom wax combs, which means making an entirely new mould set… and we figured people might want custom key rings too.

So we started by machining our mould halves with two large rectangular pockets, designed to allow us to insert a smaller mould with the actual product design. One of the other reasons for doing this is that creating the mould base is a little time consuming, what with all the guide pins and turning threads and so on. So in this way we only had to do that stuff once.

Once we had the mould base done we were able to machine the two inserts to create the shape of the key ring.

Our latest #preciousplastic mould for @riceandcarry has inserts. Now we can change the design without re-making the whole mould #productdesign #cnc #solidworks #design #mould #zerowaste

And here are the first key rings to come out of the mould, made for 100% recycled rice bag off-cuts from Sri Lanka! 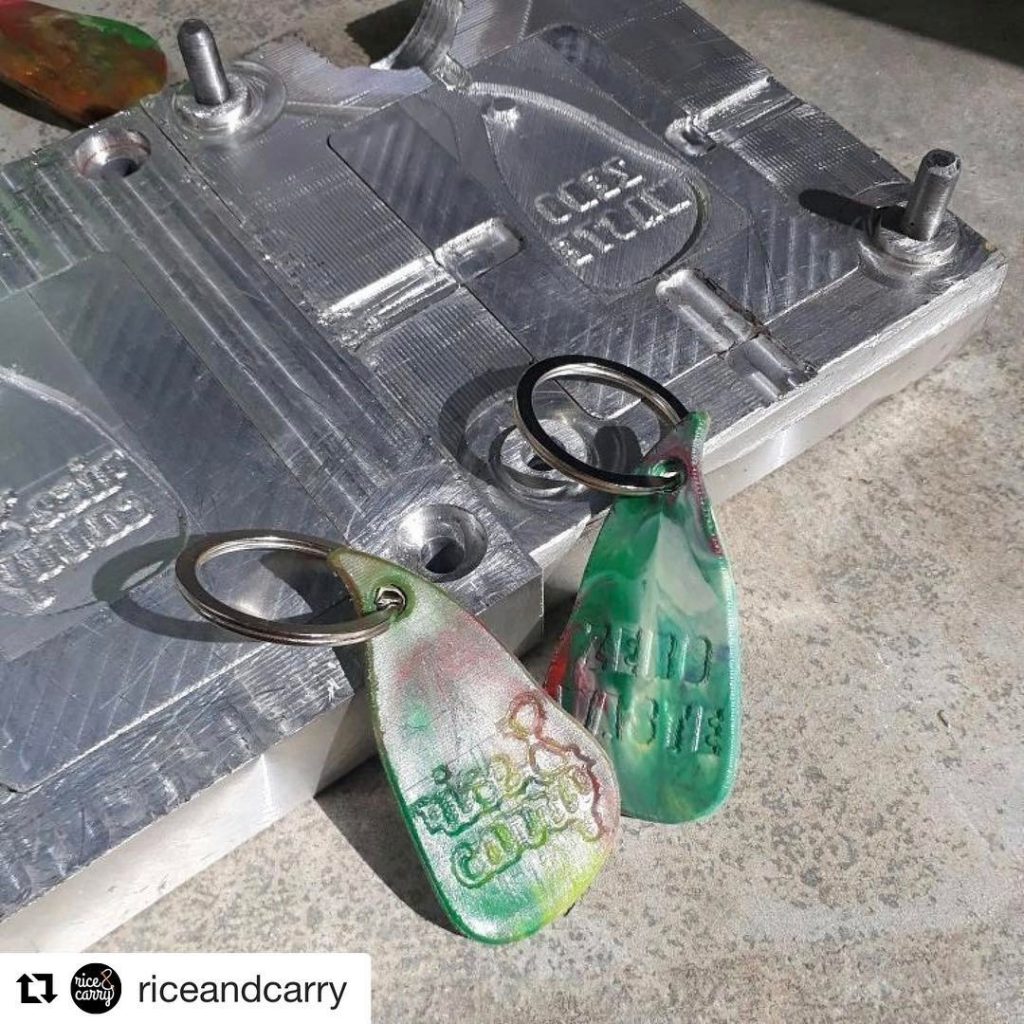 Next came a request to make a buckle for the lovely bags that they guys make over there in Aruguam Bay. When they’re not surfing that is.

After much sketching, modelling and messing around we got to a nice, simple buckle design. This time, to make our mould even more efficient, we thought we’d make it a multi-cavity mould. This means that with each mould cycle it should be possible to get two products, thus saving time during production. That’s the theory anyway. We modelled up the mould in Solidworks and then put the design into our CNC software before transfering to our little Boxford CNC mill for manufacture.

As you can see, they turned out pretty well 🙂 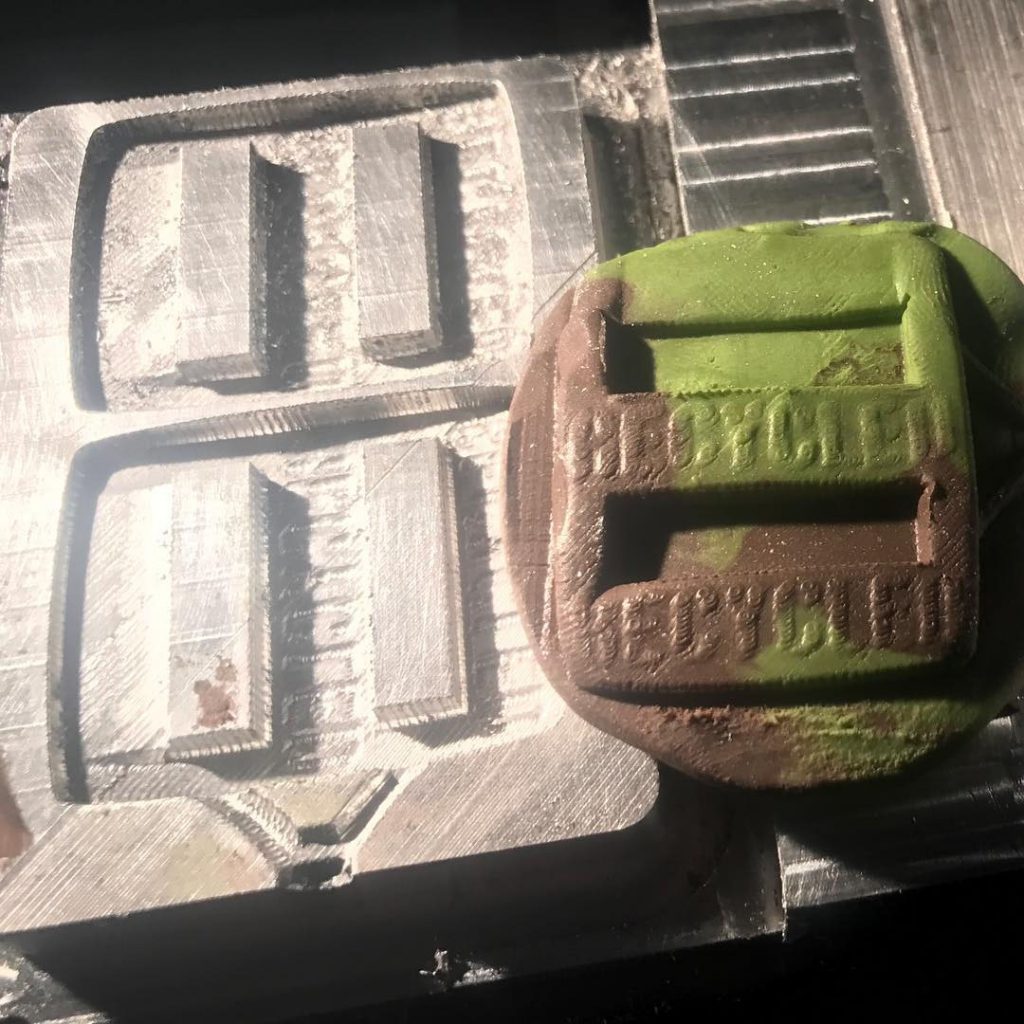 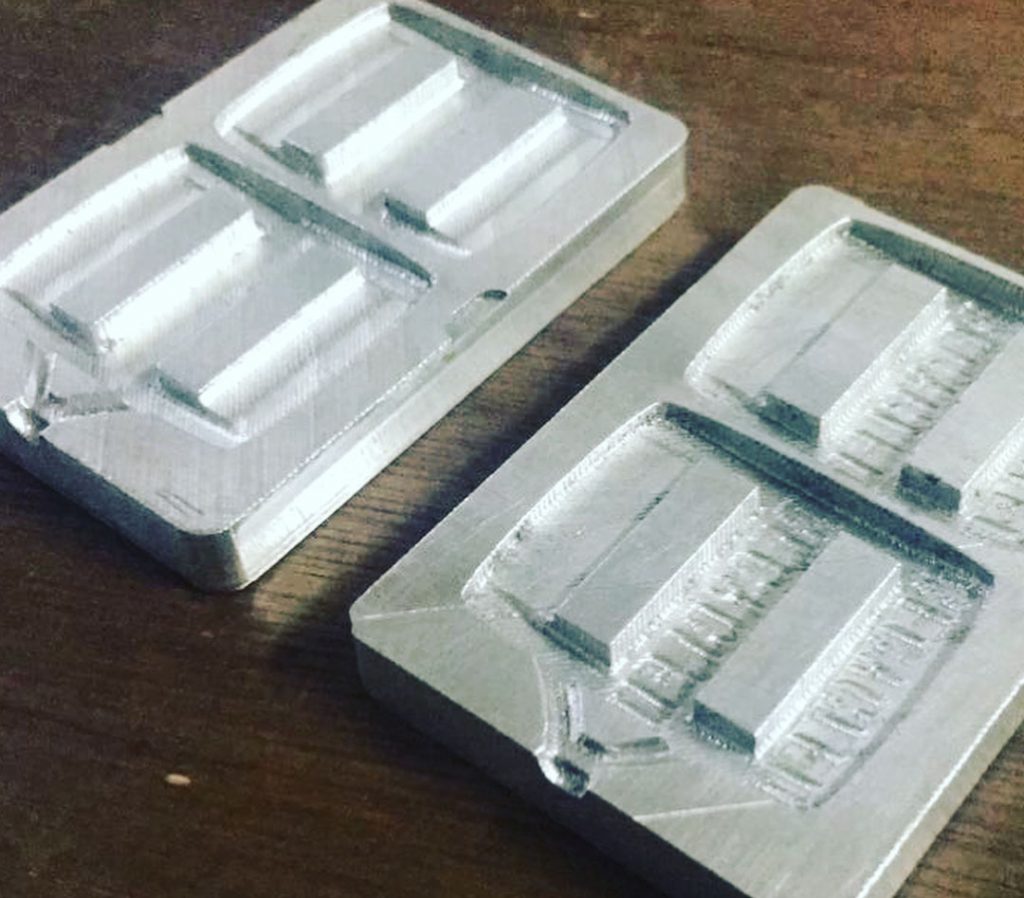 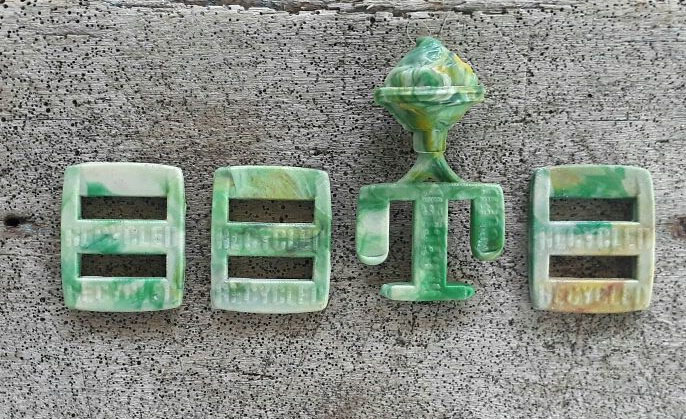 We’ve not been brave enough to open up the second cavity yet… the mould is working really well as a single cavity … and … well, if it ain’t broke, don’t fix it as they saying goes….

If you’d like to get your hands on a cool bag from Rice & Carry head over to their website to find out more.

If you want to know more about the Precious Plastic recycling tools, well, head over to their website instead.

And if you’d like your own product or mould made, well, why don’t you drop us a line or email so we can chat about it some more!