We’ve been having some fun with Henry and Susie from Rice&Carry on various projects, such as the compost toilet that we built at their place in Arugam Bay. During various conversations we discussed the Precious Plastic project, which is a great initiative to try and get more people recycling plastic waste into interesting things.

Since there is a large amount of off-cut material, predominantly polypropylene (PP), left over from their bag making process it seemed sensible, and fun, to try and find a way to turn this into some kind of useful thingy.  And since Henry and Lee are both a bit mad crazy for surfing it seemed sensible to try and do something for that market (i.e for themselves) first, and so inspired by an Instagram post depicting the ‘sweetest wax comb ever’ we set out to design and make our own.

The first design looked like a fairly regular wax comb, complete with bottle-opening hole for the all-important post-surf beers. We had to design this in such a way that our new Boxford CNC machine would be able to cut out all the detail in the mould since we don’t have access to spark erosion tools and so on. However, after some back and forth, and a bit more design-thinking, we landed on this rather more funky ‘fish’ shape.

The thinking behind the shape is to try and get the blade and tooth faces to a more natural angle during use, and to ensure that it’s both left and right handed we made it symmetrical. Plus it looks a bit like a fish, which seems relevant since so much plastic waste ends up in the oceans and this will be postponing that if nothing else. It also gave us more space to put logos and the recycle symbol.

We made a quick prototype using the CNC machine and a sheet of recycled plastic that Henry had sent us. 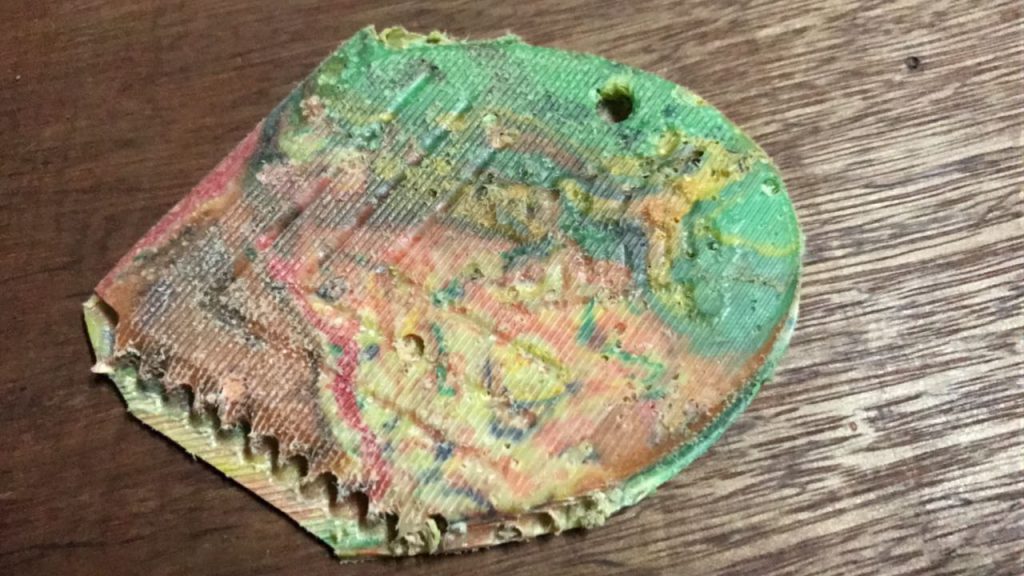 The next step was to design the mould based on trying to fit it to the standard 1″ plumbing pipe at the end of Henry’s Precious Plastic ‘injection mould’ machine. At first we were looking at various standard mould configurations, having one side of the mould screwed on to the pipe, and having the other side removable. But we found it impossible to find the right size plumbing adaptors at our local hardware shop.

This photo shows the gap we were facing…

And this show’s why it was hard to close the gap.. 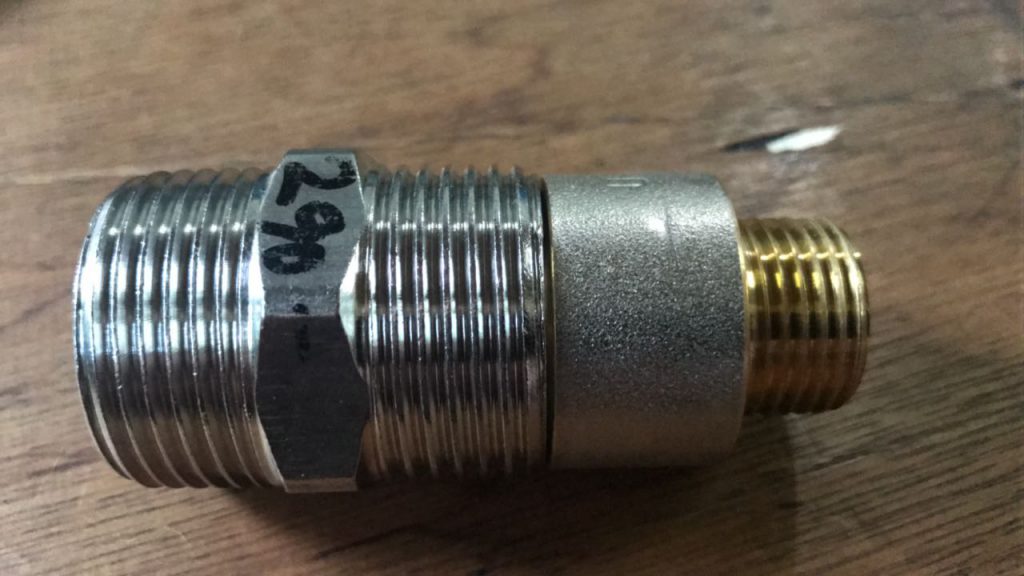 So we went back to the drawing board a bit and hit on the idea of machining the pipe-fitting-thread directly into the tool halves, which would save us the trouble of finding adaptors, and also means that the ‘gate’ and ‘sprew’ for the injection mould come apart and can be easily cleaned of any excess plastic.

We modelled up the wax comb design in Solidworks, and then used the mould-tools to create a cavity in the two halves of the mould. We then modelled the plumbing thread and used the same cavity tools to subtract that from the mould too. After that we just joined up the gaps and then added some venting and location details to ensure the mould halves would meet nicely.

Once the mould tools were ready in Solidworks, we exported them to STL files and bought them into the BOXFORD cad cam package to work out the tool paths. Since this was our first real job on the machine, it took a little working out, and a broken 3mm end mill 🙁 , before we were able to call Henry and say that the mould was almost ready! 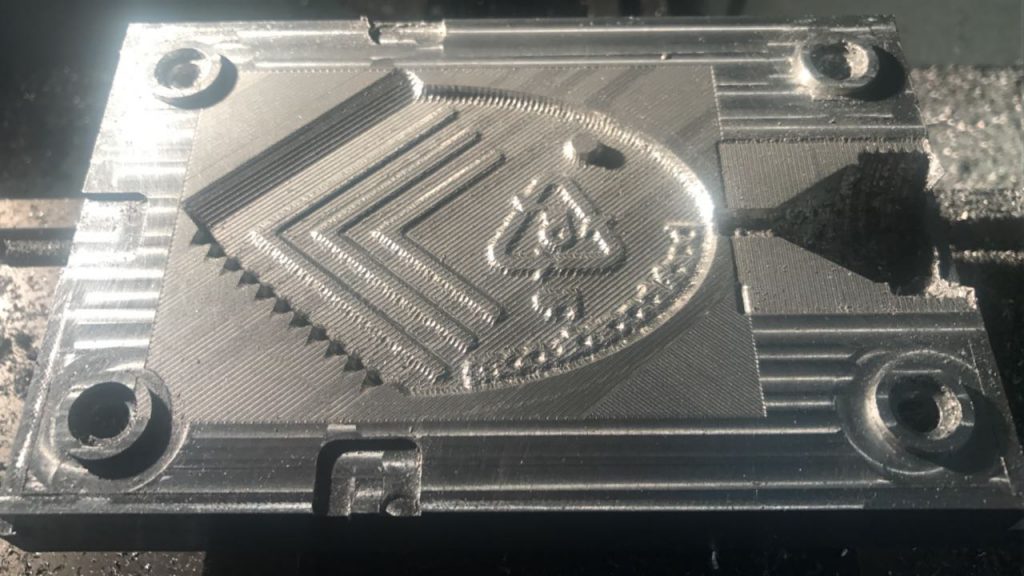 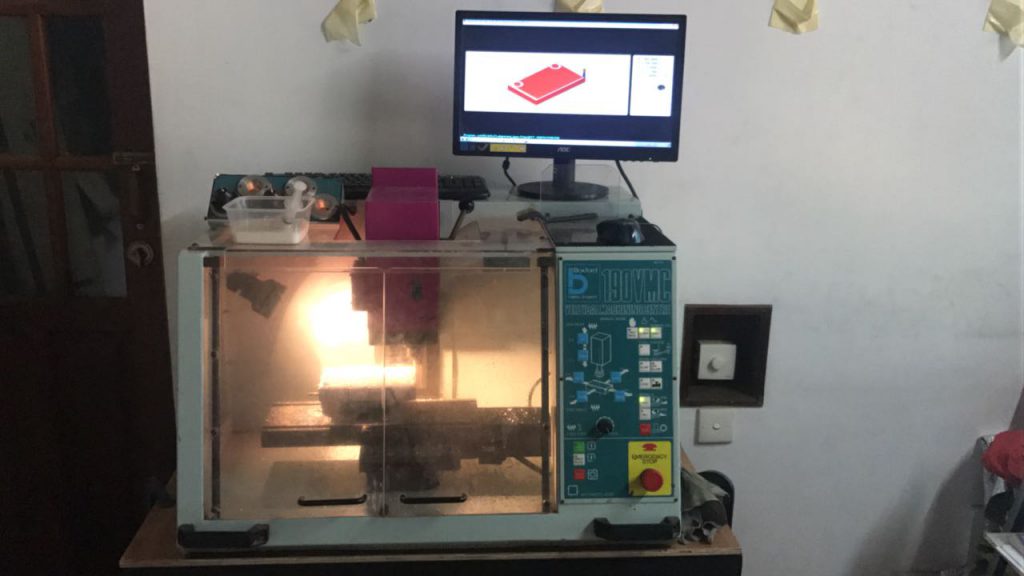 The last hurdle we faced was that the thread we were able to cut with our 3mm ball nose was not deep enough to produce the thread required for the 1″ pipe thread. So we decided to head down to the Ratnaweera Lathe Works in Dehiwela to see if they could turn the thread on one of their machines. That place is like heaven if like us you’re into making stuff and fixing things and generally getting messy with metal bits and bobs. The old-timers in there got to work drilling holes and centering the mould halves on their lathe. It was a pleasure to watch these guys take the time and effort to really do the job right…. 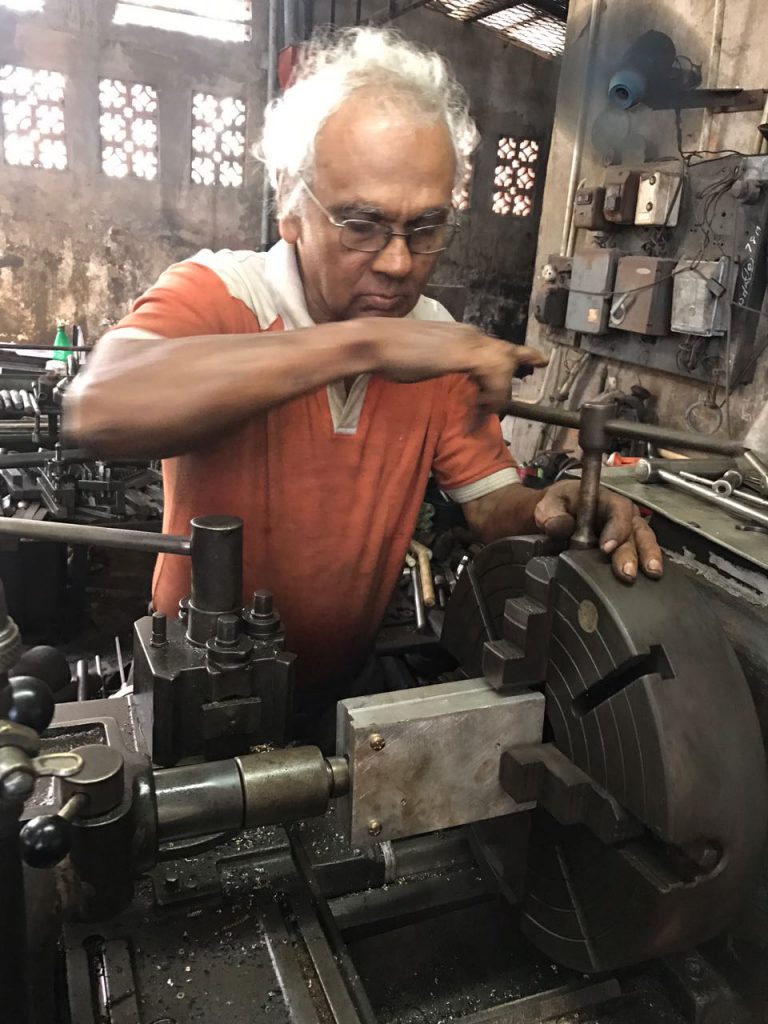 Once they had finished we not only had a nice thread for the pipe fitting, but we also had some lovely guide pins to ensure the mould would line up time after time down the line… 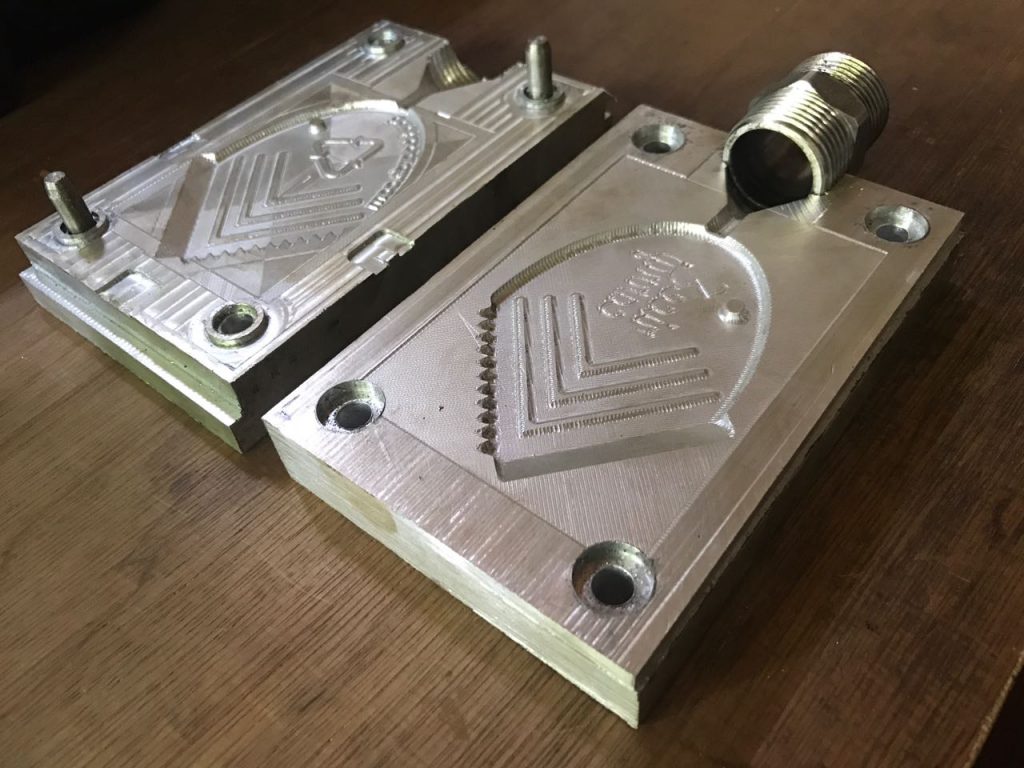 So then it was time to send the mould East to Henry, and let him work some melty magic!

Of course, there’s a reason why all injection mould engineers are a bit grumpy… and that’s because it’s not actually that easy to get plastic to squeeze itself into your mould cavity and behave as you might like. There are all sorts of mould-makers peculiar expressions such as “short shot” and “weld lines” and “flash” that are a bit alien to your average dude with a can of Lion Lager and a lot of enthusiasm. 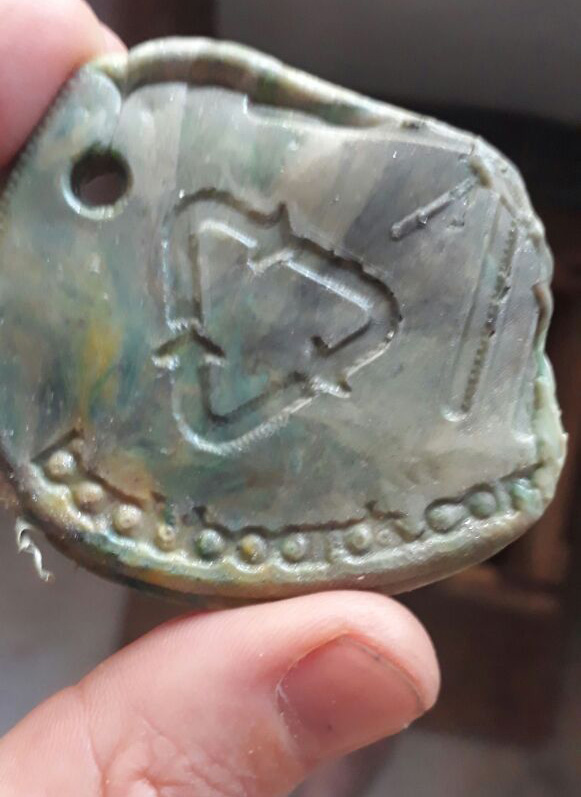 it seemed these ‘short shots’ were down to a number of possible reasons:

The first thing we did was rule out number three. We’re professionals after all.

The second thing was to insulate the mould and the melting pipe. Even though we’re in Sri Lanka, where’s it’s NEVER cold, the wind never the less was causing the pipe to cool down. Thankfully, thanks to their lovely picnic drinks bags (made to fit exactly six cans of Lion Lager), Henry had some suitable insulation to hand:

But this wasn’t enough. Some trial moulds by loosening the bolts holding the mould halves together lead us to believe that the venting might be an issue. For those of you not familiar with mould venting, it goes like this: plastic goes in, air goes out. Unless you made your mould so well that air cant go out, in which case plastic doesn’t go in. So there. Full points for mould making, but less points for mould venting. Time to get the file out. Further to Henry’s expert use of a file and a drill… things started to look up

No longer were we making spinning tops with peculiar, fishy tails… but actual surf wax combs to our original design intent! Nothing can be more exciting than that! Henry is now becoming an obsessive squirt mould producer, with a success rate of around one-in-three… which let’s face it, is not bad really! Lee’s job is now to sit back and give advice, which varies according to Lion Beer intake and general level of enthusiasm. Which remains high…

The next step is to build a plastic shredder so that we can take even more old, dirty, beach polluting plastic and re-negotiate it’s terms into awesome, fun-giving products and thingies for all to enjoy. Got an idea…? Please let us know 🙂